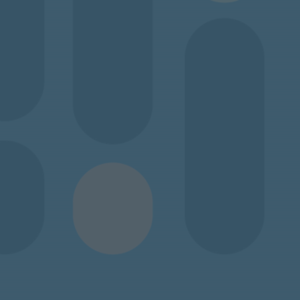 Working title of PhD: Are the findings from existing research evidence on the developmental needs of boys and young men reflected in Scottish Government priorities and if there are gaps identified, why might these exist and how can they best be addressed to support effective practice and prevent offending?

This research proposal is centred around raising awareness of the gender specific developmental needs of boys and young men in Scotland to prevent offending. The research question is as follows:
‘Are the findings from existing research evidence on the developmental needs of boys and young men reflected in current Scottish Government priorities; and if there are gaps identified, why might these exist and how can they best be addressed to support effective practice and prevent offending?’

Current policy landscape
The current policy landscape in respect of boys and young men in Scotland initially seems sparse. What exists talks primarily about supporting fathers in the context of the national parenting strategy and 2016 ‘Year of the Dad’. This contrasts with considerable policy output in respect of women and girls. Some argue however that existing policy is already implicitly built around the needs of boys and young men and adequately informed by evidence.

Offending
The number of white working-class boys and young men in Scotland committing criminal offences (and therefore receiving custodial disposals) vastly outnumber those of women who have lived experience of the justice system. Offending behaviour is strongly influenced in Scotland by both gender and poverty, findings drawn from the Edinburgh study reinforce this understanding in the context of youth offending (McAra and McVie 2016) showing that gender (maleness) and poverty (both household and neighbourhood) remain independently predictive of violence in society. Importantly men are also most frequently the victims of violent crime with experience of high levels of victimisation shown to be a significant predictor of later levels of violence.

Research methodology
This research will be qualitative and undertaken through interview of key stakeholders in Scottish Government.

Conclusion
Since gender is clearly a factor of interest ultimately it is hoped to use the findings from this PhD research to underpin a national conversation about the needs of boys and young men in Scotland; exploring why their gender specific needs seem largely absent from policy debates, and whether this is likely to impact on practice and reduce positive outcomes. It is hoped that universal services and supports will be more gender sensitive as a result and better meet the growth and development needs of boys and young men, particularly those who suffer disadvantage. Ultimately over time it is hoped that this will lead to positive future changes for Scottish men, contributing to reducing offending and the need for use of custody. These issues are key if we want to move towards a more preventive model and reduce violence against women and all children in our society.