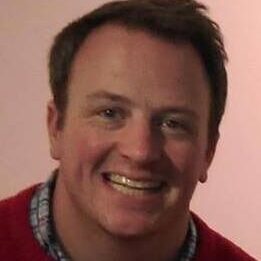 Synopsis: As Sparks et al have noted (1996), it is a curious fact of prison life that, whilst many prisoners have ‘vulnerabilities,’ it is only a small minority who are officially labelled as a ‘vulnerable’ or a ‘protection’ prisoner, requiring segregation from the mainstream population. This research aims to learn more about the concept of ‘vulnerability’ and how these prisoners are identified, labelled, processed and accommodated in the prison systems of England and Wales and Scotland. I am particularly interested in the decision making process of staff, in terms of who they think needs to be protected, and why, and I will analyse how prisoners respond to these management decisions. Conversely, I aim to learn more about the reasons why some prisoners ask for ‘vulnerable prisoner’ and ‘protection prisoner’ status, whether prisoners are aware of the consequences of doing so and how staff deal with individual requests; in short, does the decision making process of staff and prisoner tend towards agreement or disagreement and how are conflicts of opinion resolved? During my second year fieldwork, I hope to be able to conduct qualitative interviews in Vulnerable Prisoner Units (VPU’s) in England and Wales and Protection Halls in Scotland, to compare and contrast life in protective custody in these two, separate jurisdictions. Where prisoners initiated a request, had they made the ‘right’ decision, did they feel safer in VPU’s and protection halls and was it their intention to return to a normal prison location, either in the host establishment or elsewhere? My PhD research will also include a history of the protection of prisoners in England and Wales and Scotland, emphasising that ‘vulnerability’ is not a homogenous concept and that prisoners can become ‘vulnerable’ to rejection and intimidation from other prisoners very quickly and for a variety of reasons. The research appears timely, given an increasingly ‘vulnerable population’ (Jewkes 2012) and an ongoing ‘penal crisis’ in England and Wales, that places further demands upon prisoners, staff, capacity and quality of regimes.