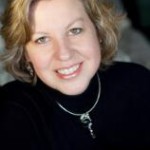 Professor of Education and Social Science

Dalene’s research has theoretical significance to issues pertaining to justice and criminalisation in addressing marginalisation and constructions of difference and disadvantage from poststructural and postcolonial perspectives.

With a strong social justice emphasis, much of her research has focused on global perspectives, critical development issues, ideological discourses, non-Western epistemologies and ontologies, and the role of the state and policy discourses in the constitution of “failed” citizens via discourses on neoliberalism, (mathematics) education, citizenship and identity.

Of central concern are the ways in which marginalised youth, such as unemployed, gendered or racialised youth, are often problematised, disenfranchised, pathologised, and criminalised via hegemonic social domain discourses. How these subjectivities are constituted in accordance with paternalistic, deficit views on “the other” inherited from modernist, neoliberal and imperialist governmentality is a corresponding concern, having implications for refugees and precariat.

These research interests take into consideration discourses on the nation state, and inter/transnational perspectives from postcolonial, critical global citizenship and critical development studies perspectives. Seeking counter-hegemonic, ethical, educational and onto-epistemological alternatives shape the purposes of Dalene’s research, and she draws on indigenous thought, non-Western perspectives, especially Ubuntu philosophy, to open up third space for a for asserting possibilities otherwise than the status quo. Another area of expertise is critical arts-based praxes, holding rich possibilities for greater participatory democracy and egalitarianism.