Since the end of the second world war, international cultural heritage protection law and its domestic legal components have proceeded in their development in tandem with the development of international human rights laws and norms. A core tension in human rights thinking is evident also in debates about the right to cultural property: the potential for conflict between the right to cultural self–determination by one group and attempts to develop and promulgate human rights standards with universalising ambitions. This is reflected in cultural property ownership debates, where cultural heritage may be considered by some people as the common heritage of humankind and thus to some extent owned by us all, while others would see it as more properly owned by members of a more restricted group, or perhaps communally as tangible items of a certain culture.

So there is a universalism vs particularism debate about the right to own, possess or otherwise enjoy, worship or value cultural objects just as there is the same debate on a much wider scale about universalism vs particularism in human rights in general. As with that wider debate, where universalism has been criticised for being a veil for the global transfer of western liberal capitalist values (e.g. Woodiwiss 2005), so too in the cultural property debate the construction of the idea of ‘the world’s cultural heritage’ has tended to represent in practice a view that favours the idea of the ‘encyclopaedic’ Western model of the museum, thus suggesting an ideal where material cultural heritage is stored in cultural repositories around the world rather than leaving (or reinstating) it to its country of origin or to a community thought to have the closest historical, cultural or religious connection to it.

This view is fiercely opposed by those who consider this to be, in effect, an attempted justification of the forcible extraction of this particular resource from the developing world. They prefer to define and delineate cultural property rights in terms of ‘the property of a culture’ rather than as ‘property which is cultural’ insofar as the latter might represent a contemporary reflection of the values and views of the global art market rather than the communities and cultures whose heritage is at stake. In international legislation aimed at cultural property protection there is some ambivalence around these views, with the preambles of the governing conventions tending to strike a diplomatic balance between recognising important cultural artefacts as the particular interests of cultural groups, states or ‘all peoples’, while also approving of some of the effects of the worldwide diffusion of cultural heritage, most of which is due to the mechanics of the art market. 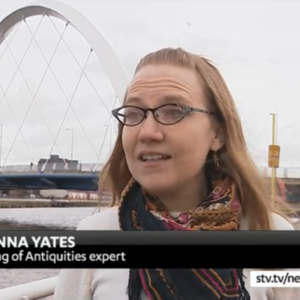