This report forms Part 1 of a two-part review of the elements of effective through-care. It examines the international evidence in order to identify practice that appears to be effective, alongside areas that may hinder effective interventions. Part 2 examines this evidence alongside a review of practice in Scotland.

The available evidence, consisting of international research and practice evaluations, clearly highlights the practical issues that prisoners experience at the point of release and transition into the community. These issues often appear more entrenched for short-term prisoners for whom rates of reconviction are highest. The review confirms that already existing difficulties in areas such as accommodation, income, employment, drug and alcohol problems can actually deteriorate after release from custody, and imprisonment may serve to further marginalise particular groups (for example women, young and elderly prisoners, and minority ethnic groups).

While programmes in prison may help prepare prisoners for release, according to international research and evaluations these programmes will have greater impact if stable accommodation and employment opportunities are available in the community. Reductions in reoffending appear to be directly related to the availability of support following release, with international evidence suggesting that after-care may be as important as the provision of interventions during the period of custody.

Through-care is intended to ensure processes are in place to support prisoners as they move back into their local communities and, to some extent, mitigate the worst effects of detrimental social and economic factors which affect the lives of many people processed by the criminal justice system. There is significant variation regarding the legislative context of through-care provision which can consist of both policy and statutory bases; varying across countries but also across regions and local states within a national framework. The provision of support at this transitional stage can reduce the likelihood of reoffending. Internationally, challenges to the provision of through-care arise from fragmentation of services, under-funding and a limited evidence base for service development.

While this review drew on an extensive range of international literature, there are a number of limitations in the evidence available and very little evidence of outcomes obtained as a direct result of through-care services. Differences are evident between academic or independent reviews of through-care provision and project evaluations or policy analysis. Different methodological approaches can also hamper attempts to consider evidence comparatively and an over-reliance on reconviction data often obscures many of the ‘softer’ measures which are present in the process of (re)-integration. However, despite these caveats, there is sufficient evidence from which a number of conclusions may be drawn with regard to through-care provision. 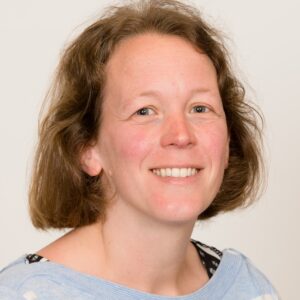