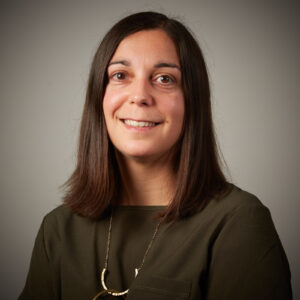 Nina is the Research Lead at the Centre for Youth and Criminal Justice (CYCJ) which aims to support improvements in youth justice policy and practice. CYCJ is primarily funded by the Scottish Government and hosted by the University of Strathclyde.

Nina oversees the Research Programme at CYCJ, which includes synthesising existing research to make it accessible to practitioners and policymakers, as well as primary research activities. Nina’s own research interests mainly focus on the experiences of loss, bereavement and trauma among young people, particularly those in marginalised groups such as young people in custody, or young people in care. Nina is also interested in research related to gender, masculinity, vulnerability and offending behaviours.

Vaswani, N. (2018). Adverse Childhood Experiences in children at high risk of harm to others: A gendered perspective. Glasgow: Centre for Youth and Criminal Justice.

Vaswani, N., Paul, S. & Papadodimitraki, Y. (2016). Our Lives With Others: An Evaluation of Trauma, Bereavement and Loss Developments at HMYOI Polmont. Glasgow: Centre for Youth and Criminal Justice.

Vaswani, N. (2014). Growing up is hard to do: exploring the connection between childhood trauma and youth offending. Scottish Justice Matters. 2, 3, p. 5-6

Lightowler, C., Orr, D. & Vaswani, N. (2014). Youth Justice in Scotland: Fixed in the Past or Fit for the Future? Glasgow: Centre for Youth and Criminal Justice.

Vaswani, N. (2014). The ripples of death: Exploring the bereavement experiences and mental health of young men in custody. Howard Journal of Criminal Justice.

Vaswani, N. & Merone, L. (2013). Are there risks with risk assessment? A study of the predictive accuracy of the youth level of service–case management inventory with young offenders in Scotland. British Journal of Social Work.