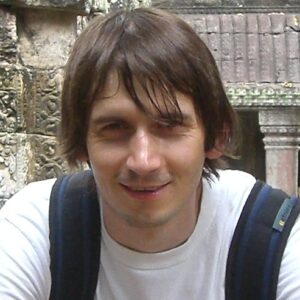 Dr. Colin Atkinson is an early-career lecturer in criminology and criminal justice at the University of the West of Scotland.

His research interests focus mainly upon the intersection of crime, policing, intelligence and security, particularly as these issues relate to terrorism and organised crime. Colin has a professional background in intelligence analysis and counter-terrorism, and before joining the University of the West of Scotland he held the position of research fellow at the University of Glasgow.

His research has appeared in several peer-reviewed journals, book chapters, and policy reports. Colin is an associate editor for the journal Criminology and Criminal Justice, and has reviewed manuscripts for several journals in the areas of policing, security and terrorism.

In November 2014 the Smith Commission recommended that the functions of the BTP in Scotland should be a devolved matter. […]

This report identifies and reviews the academic literature on service responses for older high-risk drug users. It aims to identify […]

Drawing upon qualitative research undertaken in Scotland, this paper provides new insights into police culture by exploring the interactions between […]

Book review: Britain and the war on terror: policy, strategy and operations

‘The Scottish MI5 station will change to MI6. And you know what MI6 does!’ Understanding the hidden politics of intelligence in Scotland’s independence referendum debate

Book Review: Tracing the discourses of terrorism: identity, genealogy and the state by Ondrej Ditrych

A Systematic Review of Police Interventions against Serious Organised Crime

Working Lunches are held from 12.30pm to 2pm on Wednesdays in the ASRF Meeting Room, 66 Oakfield Avenue, Glasgow.  They […]

What kind of services would help Scotland’s older drug users?