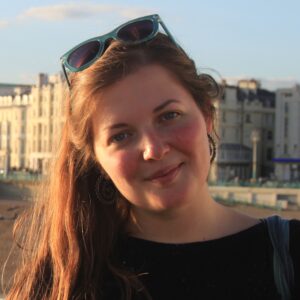 Working Title of PhD: Negotiating Gender Identity in the Context of Cultural Reform: a Study of Women in Police Scotland

Synopsis: My ESRC funded research at the University of Edinburgh explores how women in Scottish policing negotiate their gender identity in the context of cultural reform.

Traditionally understood as permeated with hegemonic masculinity and patriarchal structures, ‘cop culture’ has evolved to become less discriminatory and exclusionary of women in policing. Yet the under-representation of female officers both in Scotland and internationally raises questions of their experiences today. Amalgamation has promised profound reform to Police Scotland’s internal culture, encouraging statements of change and equality from its new leaders. The intersection of an apparently unique momentum for change in Scottish policing, in the face of a deep rooted, unchanging occupational culture, seeks to shed light on the enduring overtly masculine construction of policing.

Through interviews and ethnographic observation of female police officers and staff, it will explore how women negotiate gender expectations and identities according to the following key questions:

1)         How is gender understood and experienced by women in Police Scotland?

2)         How are statements of change received and experienced by men and women in the service?

3)         Do experiences differ according to rank, division, and role, tenure, working pattern, sexuality and ethnicity?

My research aspires to contribute to pressing policy debates about the developing climate of Police Scotland, realigning academic attention on the inequalities and divisions that exist within policing. It also proposes an exciting opportunity to develop virtual qualitative methodologies in the form of virtual focus groups and forward occupational equality along the lines of gender.