‘Songs to treasure’ as Distant Voices EP is launched

The music is the product of Vox Sessions workshop, in which the musicians worked with prisoners, former prisoners, criminal justice social workers, criminologists and a prison officer, producing more than 100 songs.

The EP has already earned the praise of Deacon Blue singer Ricky Ross, who said: “Listen to these songs not because it’s such a worthwhile project, though it is, but because you’ll love them. ‘Breathe Life’ will become one of these songs I’ll treasure for a long, long time.”

The EP is available via Spotify and iTunes. 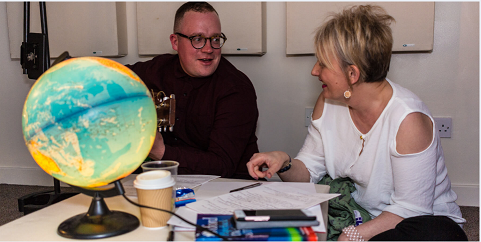