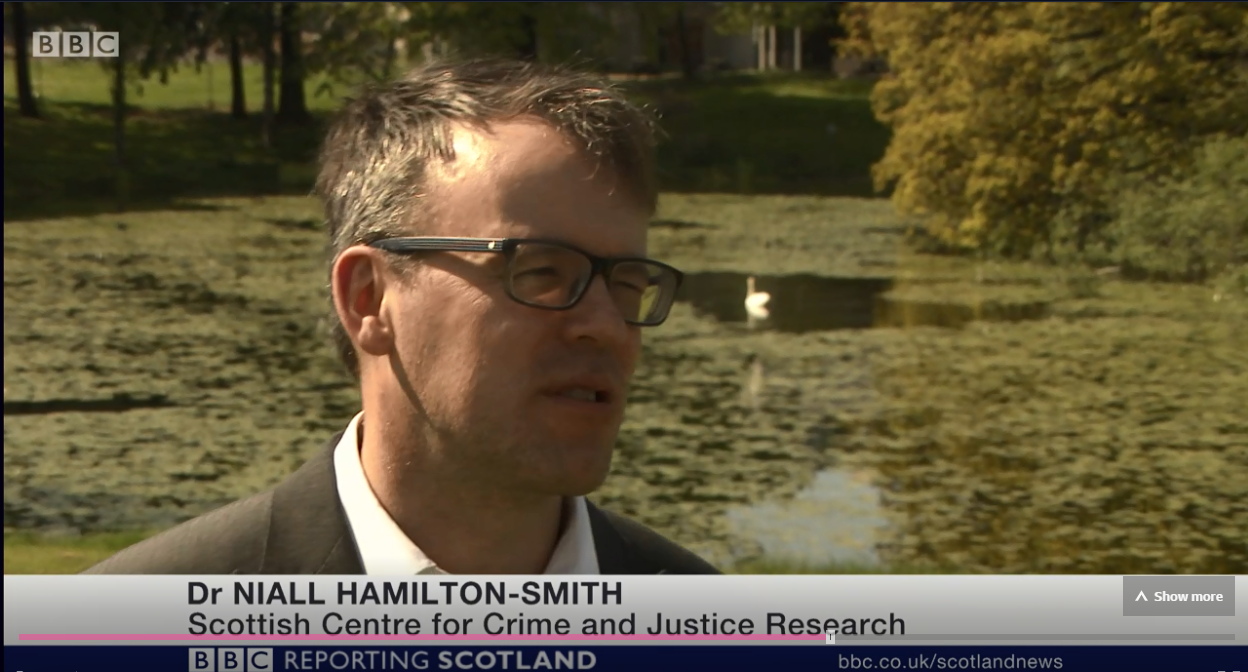 BBC Reporting Scotland carried a news item today  (Tues 14 May) on the National Crime Agency’s report which warned  the UK “can’t afford not to” spend an extra £3bn on fighting organised crime over the next three years.

The NCA estimates there are at least 181,000 offenders linked to serious and organised crime in the UK and 117 crime groups operating in Scotland. Feuds between five of them are said to pose a ‘heightened risk of harm’.

Contributing to the news bulletin was SCCJR’s own Dr Niall Hamilton-Smith, Senior Lecturer at Stirling University, who discussed the ways in which organised crime groups are changing the ways they operate – increasingly using technology to allow them to become more discrete.

Niall told BBC Reporting Scotland: “It’s not that they are super sophisticated but they’ve become sophisticated enough to really utilise the opportunities that technologies, particularly cyber-based technologies, present itself to their business in ways that are faster, more invisible, encrypted and therefore increasingly difficult to enforce ”

You can still watch the programme here:
https://www.bbc.co.uk/iplayer/episode/m000553k/reporting-scotland-late-news-14052019

You may also be interested to read Community Experiences of Organised Crime in Scotland which was co-authored by Niall and Alistair Fraser (Glasgow) along with William Graham (Abertay) and Colin Atkinson (University of the West of Scotland).