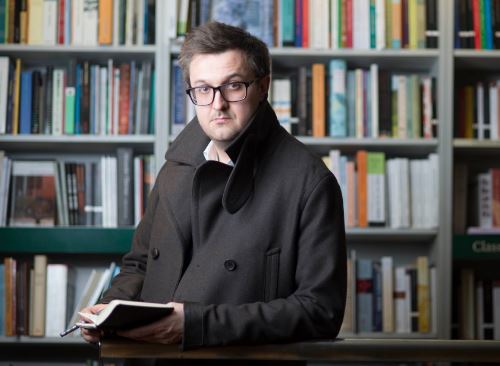 We are delighted to announce that Dr Alistair Fraser has taken over as the new Director of the Scottish Centre for Crime and Justice Research.

He has replaced Professor Sarah Armstrong who has led the Centre for the last three years.

Dr Fraser, who is a senior lecturer in criminology based at the University of Glasgow, said he was looking forward to taking on the role while paying tribute to the considerable work carried out by his predecessor.

He said: “I am honoured, if a little intimidated, to step into the shoes of Director of SCCJR. Over the last three and a half years they have been filled by a great colleague and mentor, Professor Sarah Armstrong.

“Leading by example both inside and outside of the Centre, Sarah has walked tall, agitating for change and addressing inequalities wherever they occur. The leather on her shoes has been worn thin, be it pacing the corridors of Holyrood, rallying at a picket, or animating discussion at a prison reading group.

“As well as this public work, it is important to recognise the generosity, humility and kindness she has embodied in her day-to-day dealings with the students and staff that are the Centre’s lifeblood. Running an interdisciplinary research centre composed of four different institutions is an incredibly complex and demanding task, but Sarah has managed it with grace, dynamism and all important good humour.“

He added: “I first heard of SCCJR back in 2005, as a Masters student and budding criminologist, and thought instantly ‘that’s for me’. Now fifteen years later, the same is still true. There is incredible richness, generosity, and intellectual energy generated by the many and varied people that compose the Centre.

“Over the coming months, I look forward to wearing in these new shoes by walking alongside friends and colleagues both in and out of SCCJR, looking for ways to harness that energy and allow it to grow in new directions.”

Professor Armstrong said: “I have really enjoyed my time in the Directorship getting to know so many people in the Centre and about their work – and still feel there is so much more to learn. It has been hard but rewarding work to lead this Centre, made all the more worthwhile by working alongside all our Associate Directors and ably supported by our HQ team of Rachelle Cobain and Diane McGrattan.”