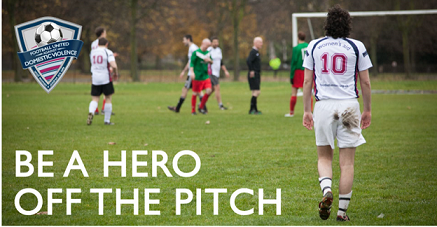 Scapegoating football as a trigger for domestic violence trivialises the issue and risks offering offenders an excuse for their behaviour, according to a UK study.

Reports linking a spike in cases with the outcome of Old Firm games and England’s World Cup performance lack reliable data and fail to recognise abuse is a pattern of ongoing behaviour.

The findings are included in the first in-depth study of the perceived link between football and domestic violence and abuse (DVA), from the point-of-view of survivors, police, specialist support groups, football authorities, government organisations and policymakers, in Scotland and England.

Previous studies have over-simplified the issue and discount a range of factors, including increased policing on match days, the large number of men who watch and support the sport, and different recording practices between police forces, researchers from the University of Glasgow, Glasgow Caledonian University, and the University of Bristol heard.

DVA support groups also stressed abusive behaviour is about power and control and the contributory factors are complex.

However, football as the UK’s national sport has a social responsibility to highlight the issue in a similar way clubs support campaigns against racism and homophobia, according to stakeholders.

Dr Oona Brooks-Hay, Senior Lecturer in Criminology at the Scottish Centre for Crime and Justice Research based at the University of Glasgow, said: “While football doesn’t ’cause’ domestic abuse, it is important that all sports bodies take seriously their gender duty to combat misogyny. This means recognising the ways in which harmful gender stereotypes can be perpetuated and challenged through sports.

“There is an opportunity here for work on domestic abuse to move beyond the conventional location of responses within justice and equalities remits and recognise domestic abuse as a problem embedded within everyday social and cultural practices – including sport.”

Co-author Dr Nancy Lombard, Reader in Sociology and Social Policy at Glasgow Caledonian University, said: “All stakeholders had concerns about the reliability and implications of data suggesting a causal link between football and domestic violence and abuse.

“Participants highlighted concerns about the existing evidence and the need to view violence and abuse as a pattern of ongoing behaviour, which cannot be reduced to an incident associated with a particular event such as a football match.

“Specialist DVA service providers were concerned that focusing on football masks the underlying causes and potentially offers perpetrators excuses for their abusive behaviour.

“Research which suggests potential links between DVA and factors such as football or alcohol has proliferated, and links between them may be misinterpreted, misrepresented and misunderstood.”

Focus groups and one-to-one interviews were conducted in Scotland and England for the study, which was co-authored with Dr Emma Williamson, of the University of Bristol, and was published in the Journal of Gender-Based Violence.

As well as disputing the link between football and DVA, contributors also questioned the strength of other reported trigger factors.

One policymaker told researchers: “Again, there’s a degree of scapegoating with alcohol because you don’t abuse just because you’ve had a drink – you abuse because you’re an abusive man who’s had a drink.”

While a survivor of DVA commented that “alcohol doesn’t create an abuser, it just releases one . . . And I think you could argue that football does the same.”

The authors conclude more could be done by governments, the media, and supporter agencies to promote anti-violence messaging through sport.

The findings call on football clubs to use their mass appeal and reach to highlight the work of local DVA services and reinforce messages about ‘healthy’ non-abusing relationships.

The study cites Football United Against Domestic Violence, a Women’s Aid campaign which provides resources and training to players and fans in England, as a positive example of community work.