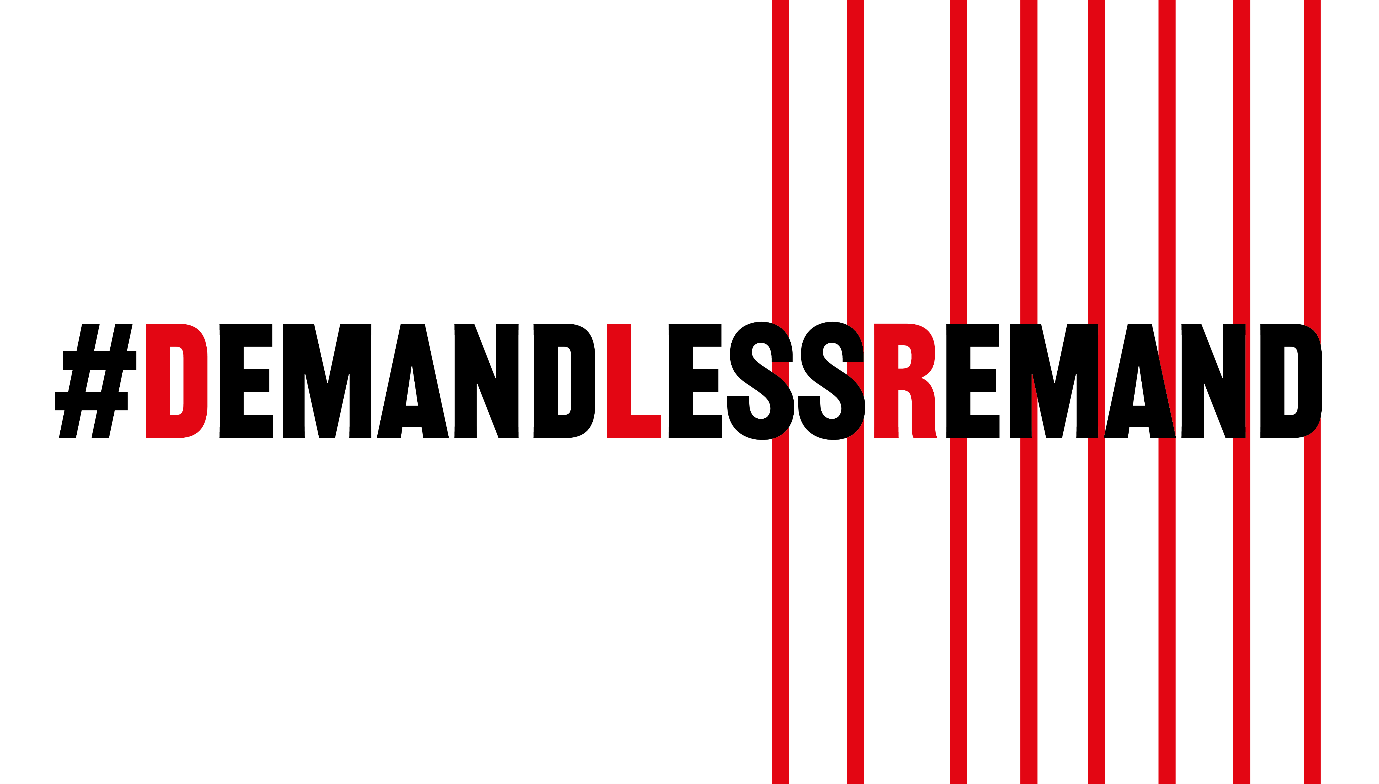 The total number of people on remand in Scottish prisons has risen during the Covid-19 pandemic to 27% of the prison population prompting calls for action to be taken immediately.

A collective of individuals, including members of The Scottish Centre for Crime and Justice Research and Howard League Scotland are leading on a week of social media activity (24-28 May) to raise awareness of the issue using the hashtag #DemandLessRemand

In the last year Covid-19 has exacerbated delays in court proceedings which has meant that more prisoners are being held on remand for longer periods. This is often the first experience of prison for many people, most of whom are remanded for trial. About 10% of the remand population will be awaiting sentence.

When an accused person first appears in court, a judicial decision is made on whether they will be released on bail or remanded into custody until their trial starts. If they are remanded it means they will be imprisoned although they have not been convicted of a crime. Those held on remand can find that while in custody they lose access to income – either employment or benefits, accommodation, and in some cases, children can be taken into the care of the local authority.

Sometimes people are remanded because it poses the least risk to them and the public, but often remands result from a lack of information, or services in the community to support people on bail. The campaign group are particularly concerned about those who are remanded due to a perceived inability to comply with the terms of bail orders through learning difficulties or homelessness.

Tony Bowman, of the SOLD Network (Supporting Offenders with Learning Difficulties) stated: “There appears to be an inherent unfairness in the system of remand and bail as it affects people with Learning Difficulties (LD) and Autism Spectrum Disorder (ASD).  People with LD and ASD rarely commit such a serious offence that they automatically require to be remanded.  Rather the pathway to remand for this group of people appears to be breach of bail conditions, seeming to result in longer than average periods in custody.  People have often reported that they felt set up to fail, being required to comply with conditions they did not understand and were not supported to understand.”

Marguerite Schinkel, a Lecturer based at the Scottish Centre for Crime and Justice Research, said: “Scotland positions itself as having a progressive and fair criminal justice system, but these numbers paint a very different picture. Even more so given that, by the Scottish Government’s own admission, 57% of people on remand do not go on to receive a prison sentence; they are either found innocent, get a community sentence or have been on remand so long that they’ve already served more than their actual sentence.”

She added: “We hear from prisoners who feel they have been ‘left to rot’ by the system and with the impact of Covid being felt by the courts for many months, if not years to come, we need to see action taken now”.

The emotional, psychological, and financial impacts are devastating. Remand prisoners are spending more time in their cells and have fewer opportunities than those who have been convicted. They are cut off from their community, they do not receive access to education, counselling services or other support that they may need. The incidence of suicide among remand prisoners is a particular cause for concern.

According to the Scottish Prison Service’s deaths in custody statistics between 2016 and 2020 almost half of deaths of remand prisoners was by suicide compared to 29% of convicted prisoners.

Emma Jardine, Policy and Public Affairs Adviser for Howard League Scotland, has highlighted what she describes as ‘The Scandal of Remand in Scotland’ in their latest report.

Emma notes: “Data published by the Scottish Government in March of this year, showed that a significant proportion of the remand population were accused of non-violent offences… People accused of such offences shouldn’t need to be remanded into custody and there’s no logical reason for Scotland’s rate of remand to be so out of kilter with that of other countries.”

The remand population in Scotland is 27% while in England and Wales it is currently 15%.

People are being urged to join the social media campaign #DemandLessRemand and follow @margueritesch @TheSCCJR and @howardleague_sc for a week of action to raise awareness of the current situation.