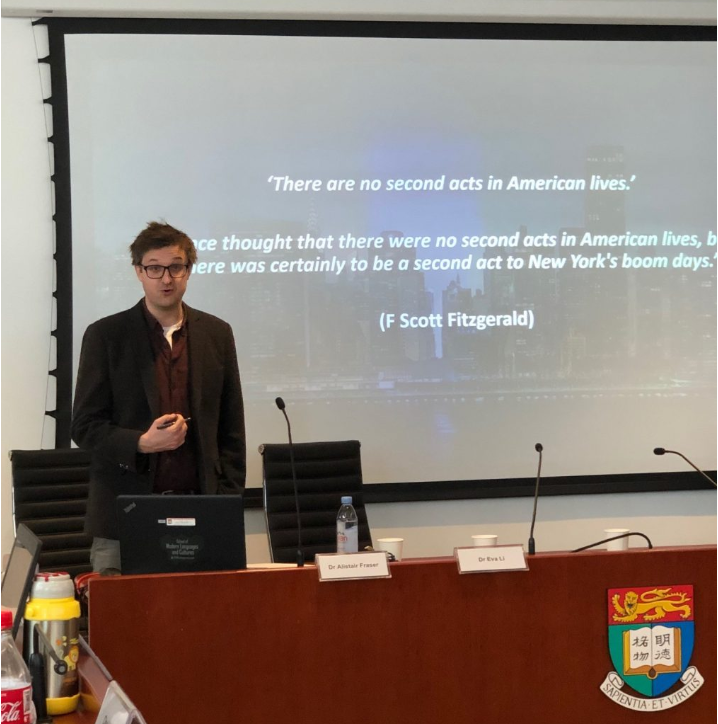 A paper co-authored by Dr Alistair Fraser, Senior Lecturer in Criminology and Sociology, University of Glasgow has won an ‘outstanding paper’ award from the Hong Kong Studies Association.

The paper is called ‘The Second Life of Kowloon Walled City: Crime, Media and Cultural Memory’ and was presented by Alistair at the Association’s annual conference on 13th December.

Abstract of paper: Kowloon Walled City (hereafter KWC or Walled City), Hong Kong has been described as ‘one of history’s great anomalies’. The territory remained under Chinese rule throughout the period of British colonialism, with neither jurisdiction wishing to take active responsibility for its administration. In the postwar period, the area became notorious for vice, drugs and unsanitary living conditions, yet also attracted the attention of artists, photographers and writers, who viewed it as an instance of anarchic urbanism. Despite its demolition in 1993, KWC has continued to capture the imaginations of successive generations across Asia. Drawing on data from an oral and visual history project on the enclave, alongside images, interviews and observations regarding the ‘second life’ of KWC, this article will trace the unique flow of meanings and reimaginings that KWC has inspired. The article will locate the peculiar collisions of crime and consumerism prompted by KWC within the broader contexts in which they are embedded, seeking out a new interdisciplinary perspective that attends to the internecine spaces of crime, media and culture in contemporary Asian societies.