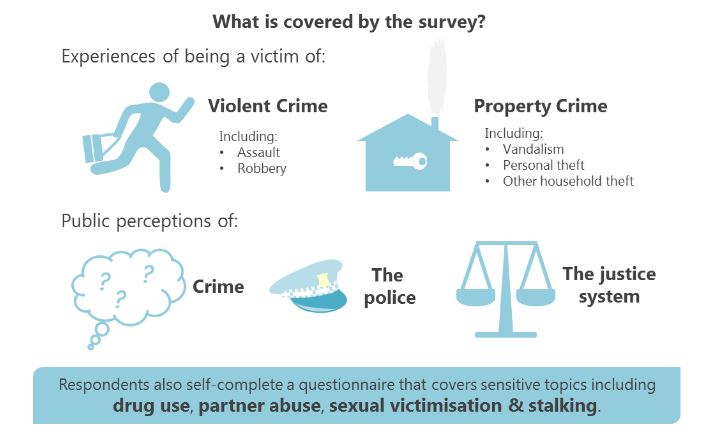 SCCJR academics have responded to the Scottish Government’s call for comments on proposed changes to the Scottish Crime and Justice Survey (SCJS). The SCJS is large-scale social survey asking people about their experiences and perceptions of crime.

The survey questionnaire is being reviewed in preparation for the 2017/18 survey, and views were sought from users and stakeholders to ensure the survey collects data on priority issues and continues to offer “relevant and impactful evidence which meets user needs”.

The SCCJR response, co-ordinated by Sarah MacQueen of the University of Edinburgh, highlights a lack of clarity about how the government intends to use the survey data, and warns that “regular tinkering with the questionnaire seriously risks making it less and less useful as a tool for measuring change over time”. It notes that comments have been sought on the next survey before the government has made public the data from the previous one.

Commenting on the ‘Sentencing and Prisons’ section of the survey, the academics draw attention to low levels of public knowledge about crime, criminal justice and punishment, emphasising that people “tend to overestimate national crime rates and trends, and to believe that the courts are lenient and punishments are ‘soft’ and ineffective.” While stating that “it is absolutely right that public opinion should be sought on sentencing and other criminal justice issues”, they stress that when the public are asked about sentencing “in an information vacuum, as proposed here for the SCJS” their responses tend to be more punitive than when contextualising information is provided.

The SCCJR response also addressed questions on community-based sentences, including the prospect of asking respondents to suggest types of unpaid work that could form part of a community-based sentence. While recognising the value of seeking public views in this area, they write that “asking people for ideas about unpaid work is better approached and tested through local dialogue rather than at the very generalised level that the SCJS allows.”