Offender Supervision in the EU: Four years of findings 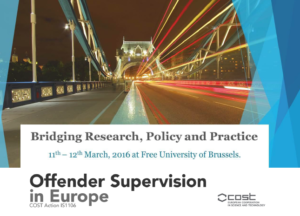 Offender Supervision in Europe, the COST Action chaired by the SCCJR’s Professor Fergus McNeill, has concluded following a major conference in Brussels.

The Action, which lasted four year, has produced its final report, but work is continuing to disseminate what the participating academics learned.

Resources including a series of podcast are available on the Action’s website, www.offendersupervision.eu.

• A short podcast on the Action’s Supervisible project, in which Deirdre Healy interviews Wendy Fitzgibbon about what this involved and what participants learned.

• A short podcast on Decision-making and Supervision, with Miranda Boone and Niamh Maguire.

• A short podcast on Experiencing Supervision with Ioan Durnescu and Christian Grafl. 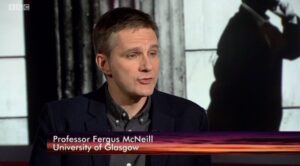 • Fergus McNeill’s closing address to the Action conference, in which he summarises what the Action has achieved, and what the next steps might be for research on offender supervision.

You can also watch Fergus on the BBC’s Scotland 2016, discussing the Action’s findings in a Scottish context.

Offender supervision is not experienced as a “soft option”, Europe-wide research project finds