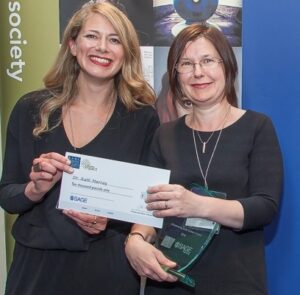 The SCCJR’s Dr Kath Murray has been awarded a prestigious Economic and Social Research Council (ESRC) prize for her hugely influential work on police stop-and-search practices.

She was presented with the £10,000 award for Outstanding Early Career Impact at a ceremony in London last night.

The judging panel unanimously agreed that Dr Murray’s work has had a significant impact on society, not only in terms of legislative change (the 2015 Criminal Justice (Scotland) Bill was amended to include a provision to regulate stop and search) but also in shaping police culture. The ESRC noted that “within the space of two years, Police Scotland has moved from a policy based on crime control values to one that aims to balance effective policing with due process, and has recognised the impact of intrusive police tactics on police-community relationships.” 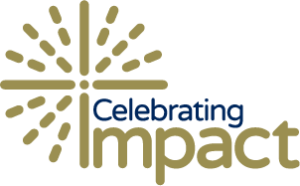 The ESRC prize recognises and rewards researchers whose work has made a real difference to society or the economy. DrMurray’s research triggered a high-profile and ongoing debate about policing in Scotland following the 2013 merger of eight regional police forces into Police Scotland. Since completing her PhD, she has produced a range of reports for the SCCJR and academic journals as well as becoming a regular contributor to the Scottish media.

Her most recent publication, ‘Policing in Cool and Hot Climates: Legitimacy, Power and the Rise and Fall of Mass Stop and Search in Scotland’ (with co-author Diarmid Harkin), argues that a political climate of low scrutiny and minimal political engagement prior to the establishment of Police Scotland hindered the critical interrogation of Scottish policing.

Commenting on Kath’s achievements, Professor Richard Sparks of the University of Edinburgh said: “For a doctoral project to have initiated a major public debate on an aspect of police practice and led directly to a change in legislation is unprecedented in my experience.”