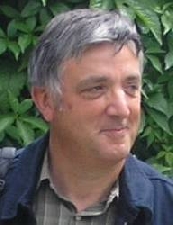 His research interests lie in the fields of victimology; communities, crime prevention and community safety; and evidence, policy-making, and evaluation research methodology in criminal justice. He has published widely and internationally on these topics, including the USA, Canada, Germany, Italy, France and Poland. He has extensive experience of analysing crime victimisation surveys and crime statistics, including the British Crime Survey. He has directed large-scale programme evaluation studies, including the Priority Estates Project and the Home Office Reducing Burglary Initiative, and has carried out research for the UK Statistics Commission on users’ perspectives on crime statistics. He has also given evidence to the House of Commons Science and Technology Select Committee on government use of evidence in policy-making.


Address:
The University of Salford
The Crescent
Salford
M5 4WT

Heterogeneity in the Frequency Distribution of Crime Victimization

Hope, T. and Norris, P.A. (2012) 'Heterogeneity in the Frequency Distribution of Crime Victimization'. In: Journal of Quantitative Criminology. Springer.

The illusion of control: a response to Professor Sherman