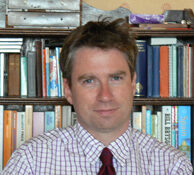 Professor and Dean of Social Sciences

Nick Fyfe is the founding Director of the Scottish Institute for Policing Research (a consortium of twelve universities supported by investment from the Association of Chief Police Officers in Scotland and the Scottish Funding Council), Professor of Human Geography in the School of the Environment at the University of Dundee, and a Fellow of the Scottish Police College. Much of his most recent research has focused on witness intimidation and witness protection. He conducted the first ever in-depth evaluation of a police witness protection programme, funded by the Scottish Government, the results which were published as Protecting Intimidated Witnesses (Ashgate). He has also undertaken an international review of measures to facilitate witness co-operation in organised crime investigations for the UK Home Office and acted as an adviser to police in Australia and the Canadian Government on witness protection arrangements. In 2007 he was appointed Specialist Adviser to the Scottish Parliament’s Justice Committee inquiry into the effective use of police resources and re-appointed in 2008 for their inquiry in community policing. In 2011 he began a major research project on missing persons, examining police responses to missing person cases with a view to developing good practice guidance on the deployment of police resources and search strategies.