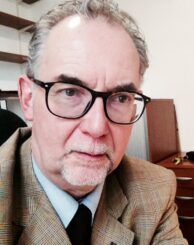 Neil was educated at the University of Edinburgh (MA 1976, PhD 1983) and has worked at the universities of Edinburgh, Dundee and Victoria University, New Zealand.  He was appointed as a lecturer  in the Law School at Strathclyde in 1990, became a  Professor in 2001, and was Dean of the Faculty of Law, Arts and Social Sciences from 2005-2009.

His main research interest is in the field of sentencing and punishment. He is a founder and co-Director of the Centre for  Sentencing Research at the University of Strathclyde and a leading member of the team which developed the Sentencing Information System for the High Court  in Scotland. He served on the Sentencing Commission for Scotland from 2003-2006 and is currently a member of the National Advisory Body for Offender Management.