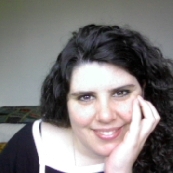 Sarah is a lecturer in Politics, Philosophy and Religion at Lancaster University. She previously worked at the Handa Centre for the Study of Terrorism and Political Violence at St Andrews University.

After completing a Masters in Forensic Psychology, she has carried out a variety of research looking at issues of disenfranchisement and radicalisation in community contexts; community and statutory efforts to engage with those convicted of terrorism offences; and assessing success and failure in terrorism and counter-terrorism, with a particular focus on al-Qaeda and Global Jihad.

She interested in violent political contention, social movements, terrorism, and state complicity in non-state actor violence. Through her research she explores the processes implicated in collective violence, and the practices that emerge from, and are (re)produced, through political claim-making.