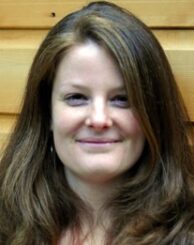 Sarah is a Research Fellow with the Scottish Centre for Crime and Justice Research.  Sarah’s most recent research focuses on the experiences of, and responses to, violence, and policing.  She is currently leading research into the prevalence and risk of domestic violence in Scotland, and the ways in which victims interact with the police and other formal and informal help networks (funded through the Scottish Institute for Policing Research Strategic Research and Knowledge Exchange stream).  Sarah is also running an ongoing experimental study (funded by the Scottish Government) into the impact of interactions between the police and members of the public on perceptions of procedural justice, conferment of police legitimacy, and compliance with the law, and undertook a visiting scholarship at the University of Queensland in 2014 to develop the study in collaboration with the Centre for Excellence in Policing and Security.

Sarah has expertise in, and experience of, a wide range of quantitative and qualitative research methods.  Most recently she has undertaken original survey research and complex secondary analyses of existing survey and other administrative data, and implemented large scale randomised field trials supported by in-depth qualitative preliminary and follow up fieldwork.  She has worked closely with the Scottish Government for a number of years to contribute to an ongoing programme of continuous improvement of the Scottish Crime and Justice Survey and draws on the survey to deliver both original analysis and training for capacity building in quantitative criminological research.  Sarah is also a member of the Scottish Government Scotstat Crime and Justice Committee and the Scottish Crime and Justice Survey User Group.

Prior to joining the SCCJR, Sarah held research posts at the Criminal Justice Social Work Development Centre for Scotland (University of Edinburgh) and the University of Glasgow, where she had responsibility for a number of research and evaluation projects in the areas of gender inequality, community disposals, youth justice and early intervention, and responses to domestic violence.

MacQueen, S and Norris, P. ‘Who do victims of partner abuse tell about their experience? A latent class analysis of the SCJS’ presented at UK Data Service Crime Survey User Conference, London, 2013

MacQueen, S. and Norris, P. ‘Patterns of police reporting amongst victims of partner abuse: analysis of the SCJS 2008/09’ presented at Scottish Government Justice Statistics Users Day at University of Edinburgh, 2012

MacQueen, S. ‘Evaluation of Early and Effective Intervention (EEI) and Diversion from Prosecution in Dumfries and Galloway’ presented at National Launch of the Whole System Approach for Children and Young People who Offend, 2011

Victimisation surveys: Tools for research and policy; sites of contest and debate

Bradford, B. and MacQueen, S. (2015) 'Victimisation surveys: Tools for research and policy; sites of contest and debate' in the Oxford Handbooks Online in Criminology and Criminal Justice, Oxford University Press

Obeying the rules of the road: Procedural justice, social identity and legal compliance

Police awareness and involvement in cases of domestic and partner abuse

The Whole System Approach for Children and Young People who Offend:An Evaluation of Early Stage Implementation.

Children who display harmful sexual behaviour: Assessing the risks of boys abusing at home, in the community, or across both settings

Allardyce, S., Yates, P. and MacQueen, S. (2012) ‘Children who display harmful sexual behaviour: Assessing the risks of boys abusing at home, in the community, or across both settings’ in Journal of Sexual Aggression 18(1) pp.23-35

Diversion from Prosecution to Social Work in Scotland

MacQueen, S., and Bradford, B., (2011), 'Diversion from Prosecution to Social Work in Scotland: A Snapshot of Current Patterns and an Examination of Practice in Three CJAs', SCCJR Research Report No; 01/2011.

Forced to Make Amends: An Evaluation of the Community Reparation Order Pilots

Insight 41: Support and Services for Parents in Scotland

Support and Services for Parents: A Review of Practice Development in Scotland

Hutton, L., MacQueen, S., Curran, J. and Whyte, B. (2007), Support and Services for Parents: A Review of Practice Development in Scotland. Scottish Government.

Support and Services for Parents: A Review of the Literature in Engaging and Supporting Parents

Hutton, L., MacQueen, S., Curran, J. and Whyte, B. (2007), Support and Services for Parents: A Review of the Literature in Engaging and Supporting Parents. Scottish Government.

SCCJR academics have responded to the Scottish Government’s call for comments on proposed changes to the Scottish Crime and Justice Survey (SCJS). The SCJS is large-scale social survey asking people about their experiences and perceptions of crime. The survey questionnaire is being reviewed in preparation for the 2017/18 survey, and views were sought from users and stakeholders to...