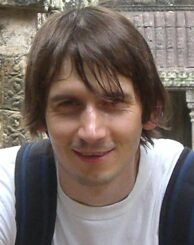 
Institution:
University of the West of Scotland

In November 2014 the Smith Commission recommended that the functions of the BTP in Scotland should be a devolved matter. Responsibility for railway policing in Scotland subsequently passed from the British Transport Police Authority (BTPA) to the Scottish Police Authority (SPA) under the Railway Policing (Scotland) Act 2017. At the time of writing it is expected that railway policing in Scotland...

Book review: Britain and the war on terror: policy, strategy and operations

‘The Scottish MI5 station will change to MI6. And you know what MI6 does!’ Understanding the hidden politics of intelligence in Scotland’s independence referendum debate

Atkinson, C. (2015) ‘The Scottish MI5 station will change to MI6. And you know what MI6 does!’ Understanding the hidden politics of intelligence in Scotland’s independence referendum debate. The Scottish Journal of Criminal Justice Studies, 21: 5-19. Available at: http://www.sastudyoffending.org.uk/attachments/article/171/2015.pdf

Book Review: Tracing the discourses of terrorism: identity, genealogy and the state by Ondrej Ditrych

Book review: Police Culture: Adapting to the Strains of the Job by E.A. Paoline III and W.Terrill

New research has found the majority (83%) of British Transport Police officers and staff in Scotland are either quite or very unsupportive of plans to integrate their division into Police Scotland. The findings come from the British Transport Police Leaving Home project which investigates the impact of integration on BTP D Division officers and...

What kind of services would help Scotland’s older drug users?

The needs of older high-risk drug users are highlighted in a new report by the SCCJR’s Dr Colin Atkinson, who has reviewed the literature on service responses to this distinct group. Dr Atkinson’s report looks at academic research from around the world, with the aim of informing planning and policy for Scotland’s older drug-using population. The demographic of drug users in Scotland...