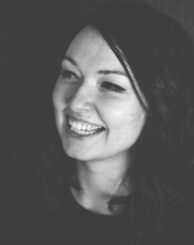 Dr Gemma Flynn is currently a Teaching Fellow at the University of Strathclyde’s School of Social Work and Social Policy.

She completed her PhD with the SCCJR at the University of Edinburgh, titled  Understanding the impact of legal and political structures on fear of crime and resulting criminal justice policies.

Since then she was appointed Teaching Fellow in Criminology in the School of Law, running courses on Gender and Justice and Crime and Media. Gemma has an additional career as a stand up comic, and informed by her academic background as a feminist criminologist developed and delivered a series of public lectures on Punishment and Spectacle. She has presented her work at Harvard University and the University of Illinois, Chicago.

Gemma is active participating in and developing networks supporting early career academics and women in academia. She also is active in the Scottish comedy community, regularly participating in the Edinburgh Fringe, Glasgow Comedy Festival and running a successful comedy night at the Flying Duck – Vision Board.

SCCJR Briefing Paper: Influence government: exploring practices, ethics, and power in the use of targeted advertising by the UK state

This briefing paper was authored by Dr Ben Collier, Dr Gemma Flynn, Dr James Stewart and Dr Daniel R. Thomas. Executive Summary: We have identified an emerging tool being used by the UK government across a range of public bodies in the service of public policy: the online targeting advertising infrastructure and the practices, consultancy firms, and forms of expertise which have grown up around...

Marketing agencies and advertisers use digital platforms, paid targeted advertising, and social media influencers to encourage audiences to buy products or change their habits. Researchers at the Scottish Centre for Crime and Justice Research (SCCJR) have now found that Law Enforcement and Government agencies in the UK are using the same tools to...

The School of Social Work and Social Policy at the University of Strathclyde in Glasgow is delighted to announce that it will be offering a new Master’s degree in Criminology and Social Policy commencing in January 2022, which will provide extensive opportunities for engaging with research into criminalisation and its harmful consequences in...