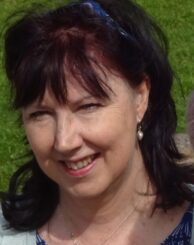 Lesley’s research interests lie in the general areas of the sociology of punishment and the sociology of law and deviance. Particular interests include: youth crime and juvenile justice; gender justice and community well-being; the politics of crime control; and comparative criminal justice. She is Co-Director (with Susan McVie and David Smith) of the Edinburgh Study of Youth Transitions and Crime, a longitudinal programme of research on pathways into and out of offending for a cohort of around 4,300 young people. Funded by grants from the ESRC, the Nuffield Foundation and the Scottish Government, this study forms the evidence-base for the ‘Whole System Approach’ to juvenile justice which is currently being implemented across Scotland. Study findings have also been utilised in penal reform campaigns both nationally and internationally.

Criminological Knowledge and the Politics of Impact: Implications for Researching Juvenile Justice

The Reproduction of Poverty

The Case for Diversion and Minimum Necessary Intervention

McAra, L. and McVie, S. (2015) ‘The Case for Diversion and Minimum Necessary Intervention’, in Goldson, B. and Muncie, J. Youth Crime and Justice, 2nd Edition. London:Sage

Youth Crime and Justice in Scotland

Youth Justice? The Impact of System Contact on Patterns of Desistance from Offending

McAra, L. and McVie, S. (2010) 'Youth Justice? The Impact of System Contact on Patterns of Desistance from Offending'. In M. Little and B. Maughan (eds) Effective Interventions for Children in Need. Farnham: Ashgate Publishing; ch. 2.

Youth Crime and Justice: Key messages from the Edinburgh Study of Youth Transitions and Crime

Perspectives on Punishment: The Contours of Control

Youth justice? The impact of system contact on patterns of desistance from offending

SCCJR at the Edinburgh Fringe: Hug a Thug returns!

Professors Susan McVie and Lesley McAra are reviving their show Hug a Thug for this year’s Edinburgh Fringe as part of the The Cabaret of Dangerous Ideas. The show poses questions including: Do you think the criminal justice system is a soft touch? Do you think that prisons make life too easy for criminals? Would you like to bring back hanging? Profs McVie and McAra will tell the stories...

Hug a Thug? Crime and punishment debate at the Edinburgh Fringe

The SCCJR’s Professor Susan McVie will aim to challenge preconceptions about “soft touch” justice with an event at the Edinburgh Fringe. She will be joined by her University of Edinburgh colleague Professor Lesley McAra to share stories of prisoners and victims and help the audience design their ideal prison. The event forms part of the Cabaret of Dangerous Ideas at The Stand in...