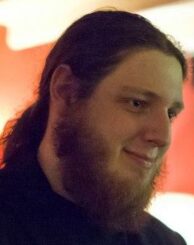 Synopsis: The Scottish Community Payback Order (CPO) came into force in February 2011, and for four years has provided what is claimed to be a sentence combining punishment, reparation and personal change. This research project is a naturalistic exploration of the CPO that seeks to achieve an understanding of its day-to-day operation and the ramifications for those stakeholders involved – in short, what is the social ‘reality’ for the officers, offenders and community members under the CPO?

With foundations in social constructivism, the objective of this project is to explore how the various stakeholders interact (i.e. communicate) with one another, in order to understand the construction of the shared social reality that is the CPO’s day-to-day operation, and what that in turn means for said stakeholders. The research questions are designed to facilitate this explorative purpose, and are:

1. Why do stakeholders communicate with one another?

2. How do stakeholders communicate with one another?

3. What do stakeholders communicate with one another?

This project will take the form of three case studies. The first two will be semi-participatory ethnographic observations into probation officers working with CPO offenders, and CPO offenders carrying out unpaid work requirements. In addition to interactions between stakeholders, they will also focus upon understanding the interpretive and normative frameworks evidenced in daily behaviour, supplementing observations with informal, participant-guided interviewing. The third case study will take the form of several focus groups, designed to simulate community groups, allowing for an insight into their reactions, interpretations and values regarding CPO stimuli.