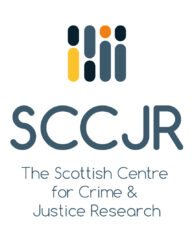 Working Title of PhD: Relationship between inequality and antisocial behaviour in schools in Mexico

In many Latin American countries, including Mexico, inequality has caused a social and spatial segmentation, in which social mobility is hard and the opportunities of many people depend to a large extent on their social class. In this sense, schools often serve as a mechanism of social segmentation, limiting the interaction with other social groups, and in some of the most disadvantaged communities, are no longer seen as a way to improve living conditions. What is more, several studies have pointed out that some characteristics and factors that exist in some schools are linked to many other problems, including antisocial behaviour.
On the other hand, the use of the term ‘inequality’ in the literature about crime and schools has focused mainly in the analysis and impact of poverty and deprivation, and very little research has been carried out around disparities within and between schools. Thus, Fernando’s doctoral research focuses on analysing, from a quantitative approach, the relationship between inequality and antisocial behaviour in schools in Mexico. Using data from a national evaluation of the education system in Mexico, he also aims to investigate extent to which individual and structural inequalities impact on antisocial behaviour over and above poverty, and the way in which different forms of capital are linked to these conducts.