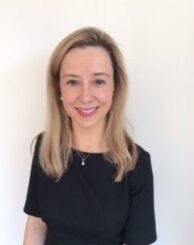 Working Title of PhD: Perception and Reality: An Exploration of Domestic Abuse Victims’ Experiences of the Criminal Justice Process in Scotland

Synopsis of PhD (including main research question(s) and methodological approach)

My thesis is a feminist critique of Scotland’s investigation and prosecution of domestic abuse through the lens of tackling domestic abuse as a gendered offence. It tells two stories: Scotland’s policy and legislative response to this issue and the experience of female victims who report domestic abuse to the police. Specifically, it examines:
• The relationship between the victims’ rights campaign and the statutory and policy response;
• Whether new laws and policies help victims going to court to give evidence;
• The effect of the criminal justice response on women’s safety; and
• Appropriate ways to give victims a voice in the adversarial process.

I adopted a mixed-method approach which triangulates a grounded, feminist, qualitative approach; a socio-legal narrative of government, policy and social responses; and an auto-ethnographic practitioner experience. Drawing on in-depth interviews with women who have experienced domestic abuse and those who support them, the data identifies a number of enduring challenges. The data is contextualised within a 40-year perspective of Scotland’s policy, legal, social and academic responses to victims of gender violence in general and domestic abuse in particular.

Forbes, E. (2007) Longer Arm of the Law, An overview of Eurojust and International Judicial Cooperation, Journal of the Law Society of Scotland, September Issue.

Provan, E. (2006) Abuse in the System, An insight into the pilot Domestic Abuse Court, Journal of the Law Society of Scotland, December Issue.

Scottish Justice Fellowship Briefing Beyond Glass Walls: How Domestic Abuse Victims Experience the Criminal Justice Process in Scotland by Dr Emma Forbes, University of Glasgow. This briefing paper is a synopsis of doctoral research which explored how victims of domestic abuse experience the criminal justice process. It highlights Scotland’s policy and legislative response to this issue and the...

The inaugural Scottish Justice Fellowship winners have now published their briefing papers as part of an innovative project which sees academic research inform policy making and practice. Five PhD students based at the Scottish Centre for Crime and Justice Research (SCCJR) were awarded funding by the Scottish Government to turn their theses into...

GlassWalls, a collaborative community art project, launches this month. The stained glass art installation aims to raise awareness of domestic abuse and creatively reflects the research findings of Dr Emma Forbes, University of Glasgow, on how victims of domestic abuse experience the justice process in Scotland. The installation will launch during...

A new community art project will see women who have been victims of domestic abuse create a stained glass window to illustrate their experiences. GlassWalls is led by Dr Emma Forbes, whose PhD thesis explored victims’ experiences of the court process and accessing justice. Her work included listening to stories of many women across Scotland and...