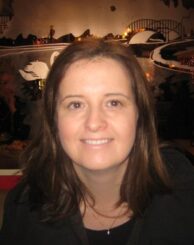 I completed my Ph.D. entitled, South Asian Women & Domestic Abuse in Scotland: An uncertain legal status and no recourse to public funds in 2017.

Elaine currently works for the Hemat Gryffe Women’s Aid based in Glasgow.

McLaughlin E, Wheate R and McGowan M, ‘A confident approach in responding to the needs of domestically abused South Asian Women – laying the foundation for Police Scotland 2026 Strategy‘. This paper was possible with funding from the Scottish Institute for Policing Research (SIPR) with support from the University of Strathclyde, December 2018.

2018 – Working with Police Scotland who are in the preparatory stages of developing a video for migrant women arriving at ports in relation to honour based violence.