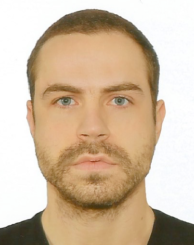 Dr Stamatakis also hold an MPhil in Law from University College London, UK, a LLM. from National University of Ireland, Cork, an MA. in Criminology from Catholic University Leuven, Belgium, a PG Diploma in Restorative Justice from Queen’s University, Canada, and a Certificate in Victimology from Tokiwa University,  Japan.

His areas of expertise are restorative justice, juvenile delinquency, prison reform, death penalty, police violence, and crime prevention and rehabilitation. Dr Stamatakis has an extensive work experience in various national, European and international organisations, such as the Greek National Centre for Social Research, the European Commission, the United Nations (UNODC), the Penal Reform International (Kazakhstan), the Finnish Ministry of Justice (Criminal Sanctions Agency), the New Zealand Police, and the US Federal District Court in Los Angeles.

Being a researcher on restorative justice, he has facilitated in-prison restorative justice programmes in South Africa (Pollsmoor prison), and in New Zealand (Rimutaka), as well as he has collaborated with the Restorative Justice Unit of the Canadian Correctional Services.Currently, he is an Assistant Professor at the Institute for Criminology and Public Safety, University of Trinidad & Tobago, being also actively involved in the Citizen Security Programme of the TT Ministry of National Security.