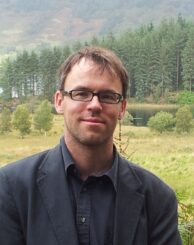 Niall joined SCCJR in 2007 with his appointment to a Criminology post at the University of Stirling. He previously worked at the Home Office, where he was a senior research officer in the policing research programme. Niall’s recent research activity has centered on the local impacts of organised crime, and developing harm-based measures of organised crime activity. Principally, he has worked with colleagues in SCCJR, the Scottish Government, and in the Scottish police service on a range of projects that have aimed to develop methodologies, both for better assessing and mapping organised crime threats, as well as for evaluating subsequent law enforcement responses. Niall has also worked on a number of recent projects looking at the policing of offensive behavior and hate speech, notably through projects related to the policing of sectarianism in Scotland. Prior to this, his research focused on acquisitive crime reduction techniques, local community policing, community safety and partnership working. Niall is an associate director of SCCJR, as well as being an associate of the Scottish Institute for Policing Research.

Current projects:
Niall has recently published, with Ali Fraser and other SCCJR colleagues, a Scottish Government commissioned report on the community impact of organised crime. He is currently continuing with some follow-on activity extending from this project.

A Report on Child Trafficking and Care Provision: Towards Better Survivor Care

Anticipated Consequences: Developing a Strategy for the Targeted Measurement of Displacement and Diffusion of Benefits

The Geometry of Shadows: a Critical Review of Organised Crime Risk Assessments

Hamilton-Smith, L.N. and Mackenzie, S. (2010),‘The Geometry of Shadows: A critical review of organised crime risk assessments’, Policing and Society: An International Journal of Research and Policy, Vol. 23, No.3, pp. 257-279.

BBC Reporting Scotland carried a news item today  (Tues 14 May) on the National Crime Agency’s report which warned  the UK “can’t afford not to” spend an extra £3bn on fighting organised crime over the next three years. The NCA estimates there are at least 181,000 offenders linked to serious and organised crime in the UK...

The changing face of serious organised crime, its impact in communities and the potential for local services to prevent exploitation, have been highlighted in new research. The 18-month study, which looked at serious organised crime (SOC) with deep roots in specific areas, as well as more ‘mobile’ forms of SOC, was published today (Mon 4 June)

SCCJR contributes to Crime, Justice and Society in Scotland

The new book Crime, Justice and Society in Scotland features chapters by SCCJR staff on organised crime, desistance and criminal justice policy in Scotland. The book, edited by Hazel Croall, Gerry Mooney and Mary Munro, is an edited collection of new and topical chapters that builds upon the success of 2010’s Criminal Justice in Scotland. It offers a critical overview of Scottish criminal...