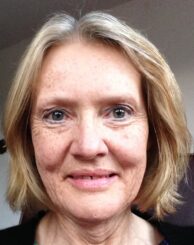 Mary’s current interest is in the history of the police, particularly 1900-1920. Police work as portrayed in their popular journals is the subject of her latest book Policing the Home Front 1914-1918: The control of the British population at war which was published by Routledge in their First World War History series on 12th December 2018. Data collection was from the Scottish Police College Library, Tulliallan as well as from the National Archives at Kew and other national and private sources. Other texts on the history of the police during the early twentieth century will follow.

She was Senior Lecturer in the Department of Government, University of Strathclyde where she taught research methods and supervised a wide range of dissertations/theses by post-graduate students from disciplines including sociology, politics, geography and social policy. She has held public appointments in healthcare in both England and Scotland. Her interest in how different professional groups talk about their lives and work through the pages of their professional journals both historically and in the present started with nursing. For the last 10 years she has been developing a similar approach with the police, another large public sector organisation with a remit of public service.

Mary’s PhD was based on the work of Michel Foucault, particularly his 1975 Discipline and Punish: The Birth of the Prison. Her Masters Degree in Social Research Methods was funded by a Department of Health Research Studentship.