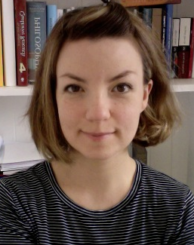 Lisa’s main research interests lie between the broad areas of sociology, cultural and urban studies. She is particularly interested in the ways in which knowledge is produced within the academy and the ways in which that knowledge, in turn, shapes the modes of culture and social relationships that are possible both within and out with academia. The relative absence of time within academic discourses of the city was the subject of her PhD research in this area and time remains a major focus of her work. In addition to trying to understand the routes through which a natural view of time pervades urban studies and social science disciplines, she simultaneously explores innovative methods and practices of making knowledge in order that her work has the potential to enact a more heterogeneous ontological and temporal politics in its process.

Since completing her PhD in 2014 Lisa has worked on various projects, including the development of an ESRC bid on the subject of social precarity and an evaluation of the GP referral scheme offered by Police Scotland designed to support victims of domestic abuse. Her current role within the SCCJR sees her work with Professor Michele Burman and Dr Oona Brooks-Hay in the evaluation of a new National Project which has been rolled out by Rape Crisis Scotland, involving the delivery of an advocacy service provided to those who have experienced rape or serious sexual assault.”

This report documents the journeys of the victim-survivors interviewed as they navigated the Scottish criminal justice system. It begins with the decision to report to the police and continues through to reporting, investigation, prosecution, trial and court verdict. The research did not intend to consider sentencing, though views on this are included where they are available. Finally,...

Oona Brooks-Hay, Michele Burman,  Lisa Bradley and Deborah Kyle This is the final report detailing findings from the evaluation of Rape Crisis Scotland’s National Advocacy Project (NAP). It draws upon data gathered since the launch of the NAP in February 2016 to the end of August 2017. Findings are presented in three main sections: key national stakeholder perspectives; survivor data and...

There has been increased attention paid to sexual violence by both the UK and Scottish Government, amidst a context in which the response of the criminal justice system in dealing with rape and serious sexual assault, and its impact upon those reporting these offences, has been subject to scrutiny. Enduring concerns such as ‘secondary victimisation’ (Kelly et al., 2005; Burman, 2009), high...

A series of stories written by survivors of sexual assault and rape about their journeys through the criminal justice system have been published today (Monday 7 Dec) as part of the 16 Days of Action campaign. The accounts come from research participants who took part in a project for the Scottish Centre for Crime and Justice Research called...

The Scottish criminal justice process leaves those who have reported a rape or serious sexual assault feeling marginalised and with little control regardless of their case’s outcome, a new study has found. Researchers from the Scottish Centre for Crime and Justice Research at the University of Glasgow interviewed victim-survivors who have...

Research into the experiences of rape and sexual assault victim-survivors will help ensure the interests of victims are at the heart of the criminal justice system. The Scottish Centre for Crime and Justice Research (SCCJR) project will seek to identify and understand the range of factors that affect whether individuals who experience rape and...

AN innovative support service for victim-survivors of rape and serious sexual crime in Scotland has received overwhelmingly positive feedback from those accessing the service. Researchers from the Scottish Centre for Crime and Justice Research (SCCJR) were tasked with evaluating Rape Crisis Scotland’s National Advocacy Project (NAP). The service funded by the Scottish Government and launched in...