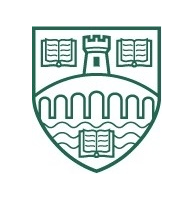 In terms of the former, he is the PI for the Nordic Prostitution Policy Reform Project, funded by an approximately £200,000 grant from the Swedish Research Council, 2008-2011.  The NPPR project seeks to identify the determinants of prostitution policy reform in the Nordic countries with a particular emphasis on the role of ideas.  Part of this research examines the links between prostitution policy and trafficking policy discourses in the Nordic countries.  A follow-up application is planned, delving further into the evolution of anti-trafficking initiatives.

At Stirling, he is the principal supervisor to two PhD students conducting research into the commercial sex industry in a European context. One is comparing the stance of national trade unions towards the question of organising rights for sex workers, while the other is tracing the evolution of contemporary French prostitution policy.

He is also a member of the ‘Missing Factor’ project at the University of Gothenburg, Sweden.  This project examines the link between social democratic ideology and restrictive entry policies designed to secure national borders and restrict migration.