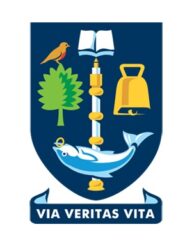 Lecturer in Legacies of Communism, University of Glasgow

Gavin studies social order and criminal justice with a particular interest in post-Soviet countries. He published a book in 2013 with Oxford University Press entitled Re-organizing Crime: Mafia and Anti-Mafia in Post-Soviet Georgia. He has published in primarily in criminological journals: the British Journal of Criminology, Theoretical Criminology, Law and Society Review and Punishment and Society among others. He has worked with nongovernmental and governmental bodies and produced reports on human rights abuse and prison reform in the post-Soviet context. He is currently working on a comparative case study of prison reform and social relations in prison in that region, as well as papers on policing and prison gangs in an international perspective.

Slade G. 2015. ‘Violence as Information during Prison Reform: Evidence from the Post-Soviet Region’ British Journal of Criminology. (Ahead of print doi: 10.1093/bjc/azv085)