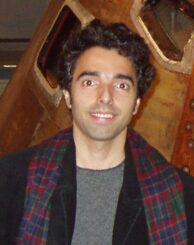 Dr Fernando Fernandes is a Brazilian Geographer with an extensive experience on youth violence in Brazilian favelas. He worked for almost 10 years in Brazilian favelas where he was one of the directors of the NGO Observatório de Favelas. In Brazil he worked in partnership with a wide network involving local partners, the Brazilian government and international agencies such as Unicef, ILO and ICCO. Dr Fernandes was also lecturer in Human Geography at Federal University of Rio de Janeiro, where he defended his PhD thesis about the effects of violence, social fear and stigma on socio-spatial segregation in Rio de Janeiro.