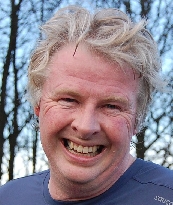 David has extensive research and consultancy experience, predominantly concerning the legal issues that arise in sports and in particular issues of discrimination and human rights.  Crime/criminal justice aspects of this have included research into football stadium safety; steward recruitment and training; policing ‘hooliganism’ in Scotland and in England; evidential issues; the prosecution of health and safety breaches especially in the context of outdoor adventure education; policing manifestations of racism and homophobia through sports.

He gave evidence to the Football Task Force in 1997 on the proposed mandatory qualification for matchday stewards and worked with several clubs thereafter to improve stewarding standards, employment practices and data protection compliance. His academic publications have covered stadium safety, steward training, the utilisation of banning orders ‘on complaint’ in Scotland, on-field violence and health & safety. Collaboration on the Scottish Government’s tender document concerning banning orders in Scotland, 2010.