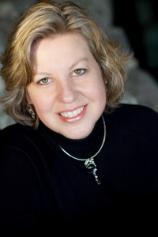 Dalene’s research has theoretical significance to issues pertaining to justice and criminalisation in addressing marginalisation and constructions of difference and disadvantage from poststructural and postcolonial perspectives. With a strong social justice emphasis, much of her research has focused on glocal perspectives, critical development issues, ideological discourses, non-Western epistemologies and ontologies, and the role of the state and policy discourses in the constitution of “failed” citizens via discourses on neoliberalism, (mathematics) education, citizenship and identity.

Of central concern are the ways in which marginalised youth, such as unemployed, gendered or racialised youth, are often problematised, disenfranchised, pathologised, and criminalised via hegemonic social domain discourses. How these subjectivities are constituted in accordance with paternalistic, deficit views on “the other” inherited from modernist, neoliberal and imperialist governmentality is a corresponding concern, having implications for refugees and precariat.