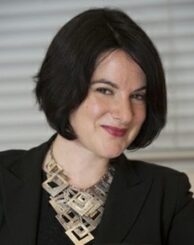 Senior Lecturer and Head of Criminology

Dr Anna Souhami is Lecturer in Criminology at the School of Law. Her main research interests lie in the sociology of criminal justice professions and policy, in particular in the areas of youth justice and policing. Her current research explores the emergent system for the governance of youth crime in England and Wales, using an in-depth ethnographic study of the operation of the Youth Justice Board as a basis to explore wider questions of the organisation and culture of contemporary youth justice. Her previous research in youth justice explored the radical restructuring of the youth justice system in England and Wales under the Crime and Disorder Act (1998) and its effects on youth justice professionals’ sense of occupational identity and culture. She has recently completed a major Home Office-funded study (with Tim Newburn and Janet Foster at LSE) to understand the impact of the Stephen Lawrence Inquiry on policing in England and Wales. The project involved two years’ ethnographic research in five force areas and a survey of over 1,200 police officers in 17 forces throughout England and Wales.

Anna was previously a Research Fellow at the London School of Economics. In 2004 she was awarded a British Academy Postdoctoral Fellowship Award for three years. She has a PhD from the Department of Criminology, University of Keele, an MSc in Social Policy and Administration from LSE and a BA in Literae Humaniores (Classics) from Oxford University.

SCCJR academics have responded to the Scottish Government’s call for comments on proposed changes to the Scottish Crime and Justice Survey (SCJS). The SCJS is large-scale social survey asking people about their experiences and perceptions of crime. The survey questionnaire is being reviewed in preparation for the 2017/18 survey, and views were sought from users and stakeholders to...

Anna Souhami researches ‘policing at the periphery’ on Scottish islands

SCCJR researcher Dr Anna Souhami has been awarded a £7500 Research Incentive Grant by the Carnegie Trust to support her current research project “Policing at the periphery: understanding police work in the remote Northern islands of Scotland.” Dr Souhami’s research explores the experiences of policing in the most remote parts of Scotland, at the periphery of police...

Applications are open for an ESRC collaborative PhD studentship titled ‘Stop and Search in Scotland: An analysis of police practice and culture in a time of change’. The studentship is being offered by the University of Dundee in partnership with Police Scotland, and will focus on an area that has received widespread attention in recent years thanks to the work of SCCJR researcher Kath...