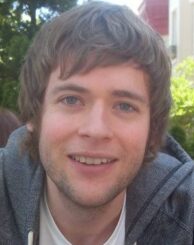 Allan currently holds the post of ESRC Global Challenges Research Fund Postdoctoral Fellow at the School of Social and Political Sciences, University of Glasgow.  His project is titled ‘Illicit Drug Economies, Governance and the Security-Development Nexus in the Global South: a Case Study of State-Narco Networks in Post-Transition Bolivia’.  As such, the project engages with debates around the relationship between illicit drug economies and sustainable development, and the future of international counterdrug policy.

This builds on Allan’s PhD research, examining interactions between the Bolivian state and the drug trade in the context of an escalating US ‘war on drugs’ in the Andes (1982-1993).  Moving beyond the conventional assumptions of ‘drugs, violence and instability’, the thesis reveals how the drug trade became interwoven with informal forms of governance, political order and processes of transition.

Allan also completed a short research project for the Scottish Government’s Justice Analytical Services, Drug Research Team in 2014-2015.  This considered the growth of new psychoactive substances (NPS) in Scotland, including prevalence of use, supply chains, associated harms and user groups.  Publications from this research have informed the Scottish Government’s research agenda around this topic.