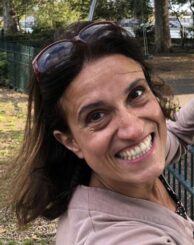 Segregation in prisons, otherwise known as confinement or isolation, has posed significantly problems in Scotland recently with cases of prisoners being segregated for prolonged periods, sometimes even years. In October 2019, the Committee for the Prevention of Torture (CPT) issued a report on the state of Scotland’s prisons following a visit the previous year. The report focussed on segregation in a number of male and female establishments and highlighted the adverse effects of periods of prolonged isolation.

A mixed methods approach to the research would be adopted including preliminary surveys followed by semi-structured interviews with prisoners, staff and officials.

The questions I am seeking to answer are:

1. What factors perpetuate the long-term use of segregation of certain prisoners, and why? Why does the practice continue when it often results in reproducing rather than resolving, the very problems it seeks to address?

2. How accountable is the decision-making around the use of segregation? This would involve an analysis of the process by which decisions regarding long-term segregation are made.

3. Do segregation practices differ between establishments (including male/female)?

5. What other practices could provide more humane and effective alternatives? The CPT called for a more therapeutic and psycho-social approach to segregation in Scotland – in which countries/settings has this been adopted and how effective has it been?